Celebrating 14 years …. one year on 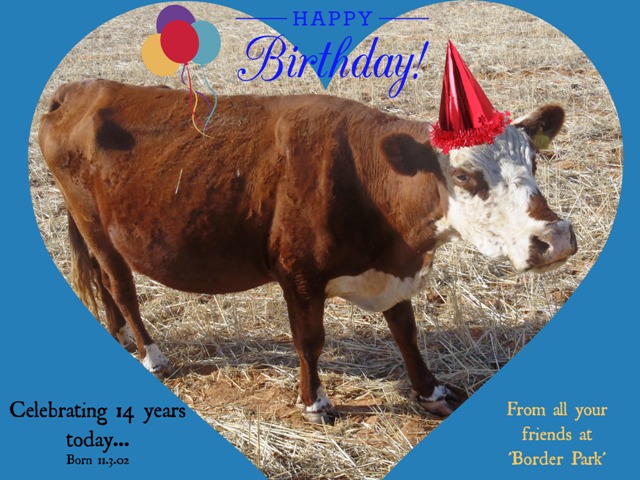 We’ve got a confession to make….

It probably breaks all the traditions of being a cattle farmer.

You run cattle because you love them all… equally… 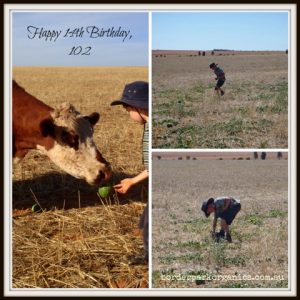 It was momentous day on the farm earlier this month (March 2016) as we celebrated the birthday of 102, our oldest cow.

Usually our breeders are ‘retired’ around the age of 8 or 9 years, but this cow is special, and has been kept in the herd for very good reason ☺

As a birthday treat she enjoyed some (organic) green ‘lollies’ (aka paddy melons) and an apple! 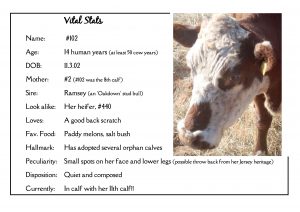 We don’t actually own 102 – she is one of the original breeder cows that still belong to John and Jenny Schwarz, whose farm we’ve begun to purchase.

We recently asked Jenny to tell us in her words about 102.

“No 102 was the name given to this little heifer of Cow No 2 on Monday 11th  March 2002, when  John came across her in the paddock. Calves are generally tagged at birth when they are 1 day old, for ease of management, and then that ‘name’ or number stays with them for life.

It was likely 102 was chosen as a breeder because of her deep rich colouring and good pigmentation (around her eyes). She may have also shown tendencies for quietness at that stage already.

102 always was a quiet cow, so that was why inevitably she became used to having back rubs. She just stood whenever we walked through the yards, or even out in the paddocks or under the trees – possibly as she was too lazy to get out of the way.

As she grew older, she always seemed very composed and relaxed. She was seen as such an asset because of her quiet nature and this inevitably rubbed off onto some of the other more flighty cows, which was exactly what we wanted.

However as with all cows, eventually her number came up to be sold.

But this all changed when we noticed that the little orphan that we had in the mob was drinking from 102. She had adopted this calf, and consequently she was kept in the herd, not sold.

As the years went by, this adoptive mothering instinct remained, with several other calves surviving because of the milk provided them by 102”. 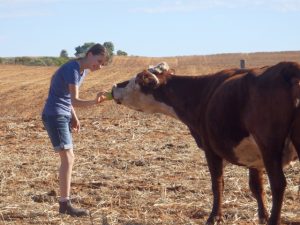 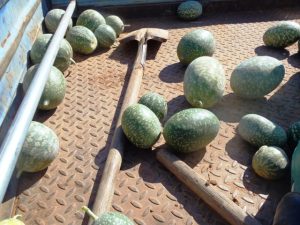 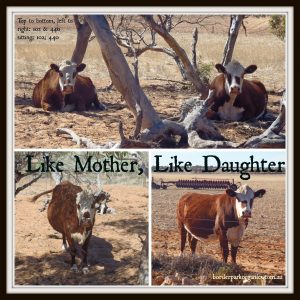 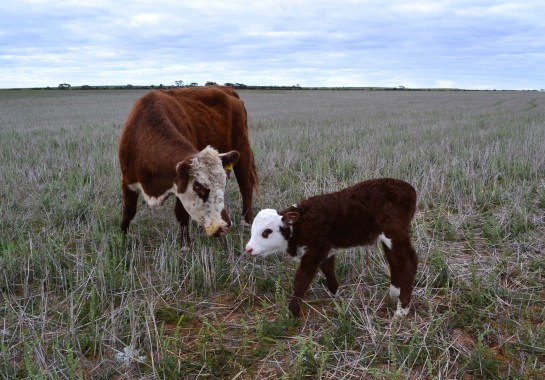 Feral Animals: Why They’re More than a Nuisance to Farmers

Rain: A Fresh Perspective on the Gift it Really Is